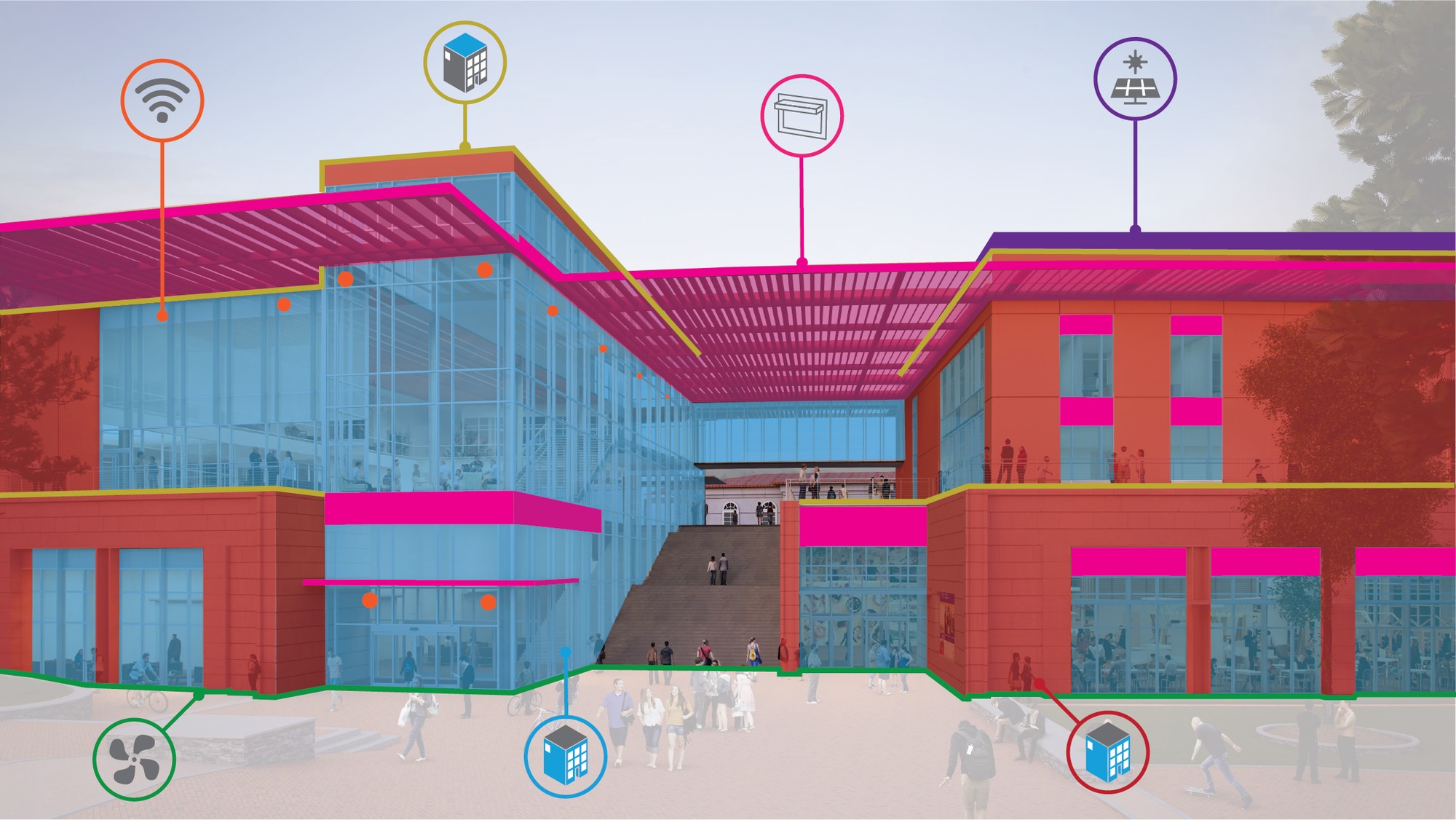 Architects today face a common task that defies intuition: how to balance building performance and strict carbon targets against costs. Durability in design is certainly a laudable and necessary goal, but the number of options can be overwhelming and the costs prohibitive, especially in the eyes of homeowners. How can designers best convince their clients to build sustainability into a project? Keeping costs low and backing decisions with factual analysis are solid first steps.

Asking consultants and software good questions early in the design stages can generate interesting design prompts that produce beautiful, thoughtful, and planet-friendly architecture. To stay on track, architects must focus on high impact issues and drive decision making in the data-rich environment of modern practice today. Read on for a discussion of some of the general questions that arise about each project and examples of how best to deal with them in terms of efficiency and cost.

1. What volume should I recommend?

The volumetry of the building is the ideation phase during which designers determine the shape, design and orientation best suited to their project. At this stage, the site is usually somewhat defined, the agenda is loosely defined, and a broad vision has been stated by the owner. With buildings contributing over 40% of all carbon emissions, addressing them early on in a project can produce a healthy and positive building for years to come. However, mass and orientation are not just about the shape of the building. Even for very small sites with strict zoning and no possibility of rotation, glazing choices can have huge effects on occupant efficiency and comfort.

Through teamwork from Houser Walker Architects and Pond & Company, the Georgia Tech Public Safety Installation Project Design Team analyzed three key mass designs. All three met the requirements of the program and worked well with the master plan. The deciding factor was to compare their performance in terms of energy and daylight. The diagrams below show the mass study the designers completed using the automated performance software in 45 minutes. Using this objective analysis, the team was able to respond to the urban context with a building that also performed well overall. As the project progressed, the consulting engineers were able to deliver the final design at an affordable price without having to overcome sub-optimal orientation or glass in the hottest areas.

2. What passive strategies make sense for my building?

Designing with passive strategies is all about understanding site and program constraints and creating design responses that do not require active mechanical systems. Examples include the use of ambient energy sources to cool, heat, shade or ventilate a building space. The challenge in designing passive strategies is that they must be incorporated into the early stages of the process if they are to be effective. This process may include listing the strategies that work for your particular climate zone, collecting case studies, and developing a library of design ideas that can be incorporated into the project. Cove.tool not only does a quick scan, but also makes recommendations for case studies to consider depending on the climate. Owners should be involved from the start of conversations about how passive strategies can work for their project, in order to develop consensus within the organization on which strategies to use.

3. Do I need facade shading strategies?

Shading strategies are typically designed in a building to help reduce glare and, in hot climates, to reduce energy use. Due to the complex interplay between the sun and the rest of the building components, it is best not to rely on a rule of thumb when making design decisions about shading. Often the intuition is wrong. Glare, also known as visual discomfort, is defined by the Illuminating Engineering Society (IES) as one of two conditions:

One of the commonly used glare measurements is the annual sun exposure (ASE). Used by both LEED and the WELL building standard, ASE measures the percentage of floor space that receives a minimum of 1000 lux for at least 250 occupied hours per year. This measurement helps determine how well a space receives too much direct sunlight, causing visual discomfort (glare) as well as increased cooling loads.

A related concept is spatial daylight autonomy (sDA), which is measured as the percentage of floor area that receives “sufficient” daylight (determined to be at least 300 lux for at least 50 lux). % of annual occupancy hours). In any design, we want to increase the spatial autonomy of daylight while reducing annual solar exposure for a good overall quality of daylight in space. Cove.tool enables both sDA and ASE analysis within minutes of exporting directly from your three-dimensional Revit, Sketchup, Rhino, or Grasshopper design files.

In the above analysis for Atlanta, GA, a typical west facade with 40% glazing was selected for the study. The analysis compares the vertical ailerons to the horizontal ailerons (both assumed at a depth of 12 inches) for this location to understand their impact on reducing glare. As the diagrams show, 3 horizontal overhangs perform better than 3 vertical overhangs.

4. What should be the facade language for daylighting?

While the percentage of glazing for all of the above options is exactly the same, the daylight maps show the actual impact of glazing shape on daylight range. Generally speaking, horizontal windows allow greater penetration of daylight into a space. By playing with shading, designers can skillfully eliminate the worst glare while maximizing daylight and views.

5. What is the most cost effective way to comply with the energy code / LEED?

Cost is a critical part of decision making throughout the design of most projects and it is imperative to use a data driven approach to balance cost first with energy performance. With the updating of energy codes around the world for new and existing buildings, many developers are rightly concerned about the increasing costs associated with compliance. Emory University has pursued an integrated design process to alleviate this concern about its new student union, the Campus Life Center. As a private institution, Emory strives to be good stewards of donor contributions by optimizing initial construction costs using Cove.tool.

The first step is to work closely with the contractor or cost estimating team to obtain realistic construction costs for materials and systems. The more options a team can give to an algorithm, the more likely it is that a favorable collection of options can be found. As each decision is made, the cost and performance properties of materials and systems are captured. This allows the team to know if they are making the right decisions throughout the life of the project and therefore to reduce costs.

As the diagram above shows, many decisions including window type, wall insulation, roof insulation, HVAC, PV panels, shading strategy, and sensors had multiple options. that needed to be tested. This has led to over 20,000 possible combinations, each with different power consumption and cost. Cove.tool allowed the team to study them and find the most cost effective way to achieve their goals.

In the graphic above, each vertical line represents a decision. Blue lines indicate possible combinations and can be filtered based on potential LEED points, EUI, energy savings, reimbursement and first cost premiums. To complete a project with an ROI goal of less than 10 years and an EUI goal of 45 or less, the design team used Cove.tool to find the cheapest option.